One of the books that NESFA Press is launching at Boskone 53 is a special limited hardback edition of The Grimm Future, edited by Erin Underwood. The Grimm Future is a new science fiction anthology of reimagined Grimm fairy tales that features original fiction by Boskone 53’s Guest of Honor Garth Nix as well as Boskone 53 program participants Dana Cameron, Max Gladstone, Carlos Hernandez, John Langan, Peadar O’Guilin, and more!

Blending fresh new science fiction with a futuristic dash of magic, The Grimm Future is a unique anthology of reimagined Grimm fairy tales from some of today’s most exciting authors—along with the original stories that inspired them. The Grimm Future examines our humanity and what that term might come to mean through the eyes of future generations as society advances into an age when technology consumes nearly every aspect of our lives or has ultimately changed life as we know it. How might these timeless stories evolve? Given the relentless onrush of technology, there is even greater need for fairy tales and Grimm magic in our future. Read on!

Richard Anderson, cover artist & Boskone 53 Official Artist
Richard Anderson began his art career as a freelance concept artist before joining Seattle-based ArenaNet in 2003 as a 3D artist for the GuildWars franchise. In 2011, he moved to London to work on a variety of films, including Thor: The Dark World, Prometheus, and Guardians of the Galaxy. Richard is currently at Rocksteady Studios, where he serves as their Senior Concept Artist for the Arkham series. He created his first book cover for Tor Books in 2008 and continues working on covers for publishers such as Tor, Orbit, Random House, Amazon, and Harper Collins.  In 2011, Richard received a Gold Award from Spectrum.

Erin Underwood, editor
Erin Underwood is a writer, editor, and convention runner. She is also the founder of Underwords Press, a small press that specializes in young adult science fiction. Her fiction has appeared in various anthologies. Her non-fiction regularly appears in the Science Fiction Writers of America’s Bulletin and Amazing Stories Magazine. She is also the editor of Futuredaze: An Anthology of YA Science Fiction (Feb 2013), Futuredaze 2: Reprise (Aug 2014) Geek Theater: 15 Plays by Science Fiction and Fantasy Writers (Oct 2014), and The Grimm Future (Feb 2016). 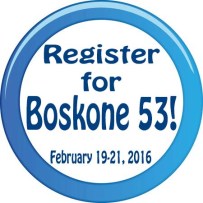