It’s time to sit back, relax, and read a few more Boskone Mini Interviews. Today’s batch features a trio of talented local writers, including Theodora Goss, Ken Liu, and Julie C. Day. We’re looking forward to seeing these terrific writers and all of our friends at Boskone this February.

If you haven’t yet picked up your Boskone membership, you can register here.

Theodora Goss’s publications include the short story collection In the Forest of Forgetting (2006); Interfictions (2007), a short story anthology co-edited with Delia Sherman; Voices from Fairyland (2008), a poetry anthology with critical essays and a selection of her own poems; The Thorn and the Blossom (2012), a novella in a two-sided accordion format; and the poetry collection Songs for Ophelia (2014). Her work has been translated into ten languages, including French, Japanese, and Turkish. She has been a finalist for the Nebula, Crawford, Locus, Seiun, and Mythopoeic Awards, and on the Tiptree Award Honor List. Her short story “Singing of Mount Abora” (2007) won the World Fantasy Award. She teaches literature and writing at Boston University and in the Stonecoast MFA Program. Her first novel, based on her novella “The Mad Scientist’s Daughter,” is forthcoming from Saga Press. Check out her website or find her on Twitter and Facebook.

What I enjoy most is seeing all the writers and artists from our Northeastern community, together in one place.  Boskone is where I can see writers like Jane Yolen and Elizabeth Hand, and artists like Omar Rayyan, each year.  It’s wonderful seeing what everyone has done, and reconnecting with this wildly inventive and productive groups of folks.

I have two books coming out from Saga Press in 2017 and 2018.  Right now I’m writing the second book!  Both books are about the adventures of an unusual group of girls: Mary Jekyll, Diana Hyde, Beatrice Rappaccini, Catherine Moreau, and Justine Frankenstein.  They find each other in late 19th century London and form a club–you could call it a club for female monsters.  The first book is about who they are and how they find each other, as well as solve a gruesome series of murders.  The second book is about how they set out to discover why they were created, and takes us through late 19th century Paris, Vienna, and Budapest.  Which means I’m doing a lot of research!  But it’s so much fun to go on these mental adventures… 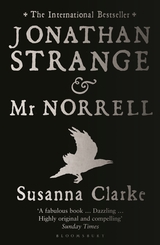 Unfortunately, the book I would recommend wasn’t written yet when I was a teenager, but I wish my teenage self could have read Jonathan Strange and Mr. Norrell.  I was reading a lot of fantasy back then, a lot of Anne McCaffrey and Tanith Lee.  But fantasy seemed so divorced from literary fiction.  I would have loved to see a book that bridges that divide. I’m glad it’s going away, that fantasy is being recognized as great literature.  It would have been wonderful to know, as a teenager, that someday I would be writing in a literary world that was not quite so rigidly categorized, in which the boundaries are blurring–as I think they are now.

Ken Liu  is an author and translator of speculative fiction, as well as a lawyer and programmer. A winner of the Nebula, Hugo, and World Fantasy Awards, he has been published in The Magazine of Fantasy & Science Fiction,  Asimov’s,  Analog, Clarkesworld,  Lightspeed, and Strange Horizons, among other places. He also translated the Hugo-winning novel, The Three-Body Problem, by Liu Cixin, which is the first translated novel to win that award. Ken’s debut novel, The Grace of Kings, the first in a silkpunk epic fantasy series, was published by Saga Press in April 2015. Saga will also publish a collection of his short stories, The Paper Menagerie and Other Stories, in March 2016. He lives with his family near Boston, Massachusetts. Check out his website or find him on Twitter and Facebook.

The best part of Boskone for me has always been the random conversations that happen in the hallways and outside the the programming rooms, stimulated by the panels and presentations. It’s a great way to catch up with old friends and make new ones. I’m putting the final touches on the English translation for Death’s End, the last volume of Liu Cixin’s Three-Body trilogy, and I’m also finalizing edits for The Grace of Kings II (not the official title). It’s pretty intense to be working on two books at the same time while getting ready to launch my collection, The Paper Menagerie and Other Stories.

Paul Cohen’s Set Theory and the Continuum Hypothesis. I think if I got to read this book as a teenage, I might have stuck with my plan to become a mathematician.

During college, the final exams one year coincided with the release of the last book in a well-regarded trilogy in the Star Wars universe. I bought the trilogy as a “reward” for myself after finishing the finals, but ended up not being able to resist the temptation to “read just one chapter.” The next thing I knew, the sun was rising, and I had squander my last chance to cram for the exams overnight. I did, however, finish all three books in 6 hours. I still do not regret that decision.

Julie C. Day hold an MFA in Creative Writing from USM’s Stonecoast program and a M.S. in Microbiology from the University of Massachusetts at Amherst. Her stories have been published in magazines such as Interzone, Electric Velocipede,Farrago’s Wainscot, and Podcastle, as well as anthologies such as Resurrection House’s XIII and A cappella Zoo’s best of anthology, Bestiary. She is the host of Small Beer Press’s occasional podcast. Check out her website or find her on Twitter and Facebook.

To be honest I’m a relatively recent con attendee. Boskone is the first con I ever went to–all of four years ago. I really had no idea how many of “my” people I would find. Classic story, right? This year finding “my” people will no longer be a surprise. Instead, it’s the main reason I keep coming back. Talking books and writing and publishers, I can’t wait. If you see me wandering the con, come up and say “hi.” Another classic con trait, I’m a bit on the shy side.

How did I miss Diana Wynn Jones?! And why hadn’t Ysabeau S. Wilce’s Flora Segunda trilogy been written when I was thirteen? I can’t possible list just one book. But funny, girl-centric, magical and full of the unexpected: I wish there are had been more fiction like on my bookshelf. I read a lot of fantasy and science fiction. The Foundation Trilogy and Ridley Walker were two of my favorites. I adored them, but teen me was also yearning for something she could relate to on a more personal level. Jones and Wilce would have been good first steps in that direction.

I am a short story writer. I write dark often surreal stories that tend to utilize specific science facts as some sort of story metaphor. Some descriptors that people have used for my work include weird, slipstream, magical realist, and spec-lit.

I have no quotes at my disposal–for any movie. But I remember being so damn in puppy love with Harrison Ford. I had his picture in my school locker, something I’d forgotten about until just now.