There are only a couple of Mini Interviews left before Boskone begins, and this is your chance to help us welcome C.S.E. Cooney, Shahid Mahmud, and Don Pizarro. We hope you enjoy this group of interviews and look forward to seeing you soon!

You still have time to purchase your Boskone membership.

C. S. E. Cooney is the author of Bone Swans: Stories (Mythic Delirium 2015), The Breaker Queen, The Two Paupers, and Jack o’ the Hills. She is an audiobook narrator for Tantor Media and the singer/songwriter Brimstone Rhine. She is a Rhysling Award-winning poet, and her short fiction can be found in Rich Horton’s The Year’s Best Science Fiction and Fantasy, Strange Horizons, Apex, GigaNotoSaurus, Clockwork Phoenix 3 and 5, The Mammoth Book of Steampunk, and elsewhere. Check out her website or find her on Twitter or Facebook.

This is my first Boskone ever! I don’t even know how to pronounce it. I have it on good authority that the art show is awesome, and that the atmosphere is relaxed. I loved Garth Nix’s Sabriel books, so I’m looking forward to the Guest of Honor events as well!

I am working on the fourth draft of my novel, Miscellaneous Stones: Assassin. It’s about this girl who hails from a long line of assassins. Unfortunately, she’s born with an allergy to violence. Fortunately, that allergy is an early indication of necromantic powers—she’s so allergic to death that she can raise the dead, once she grows strong enough. But first, she has to survive childhood. Of course, the problem with “live by the sword, die by the sword” is that by the time she’s grown up, most of her family is dead. And she has enemies and allies both who are after her for her powers. This draft is particularly exciting, because I believe and hope that it is the submission draft—either it will win for me an agent and a  contract, or I put it away and work on something else that will. The stakes are high. And right now, as Raymond Carver writes in “Cathedral,” we’re really “Cooking with gas, bub.”

There are three female characters I encountered in fiction in my late twenties and early thirties that I want to be when I grow up. Cordelia Vorkosigan from Cordelia’s Honor by Lois McMaster Bujold, Tiffany Aching from the 4-book eponymous series by Terry Pratchett, and Gabrielle Reál, a recurring character in Carlos Hernandez’s short fiction. (We meet her three times in his collection The Assimilated Cuban’s Guide to Quantum Santeria.) I would have loved my younger self to have had these women in her life: to look up to, to yearn toward, to have as example. Each, in her own way, is smart—but more than that, wise—imperfect, morally complex, heroic, terribly human, capable of great compassion and great ruthlessness, and the ability to think beyond their first flash reaction. “I open my eyes, then I open my eyes again,” says Tiffany Aching. I want to do that too. 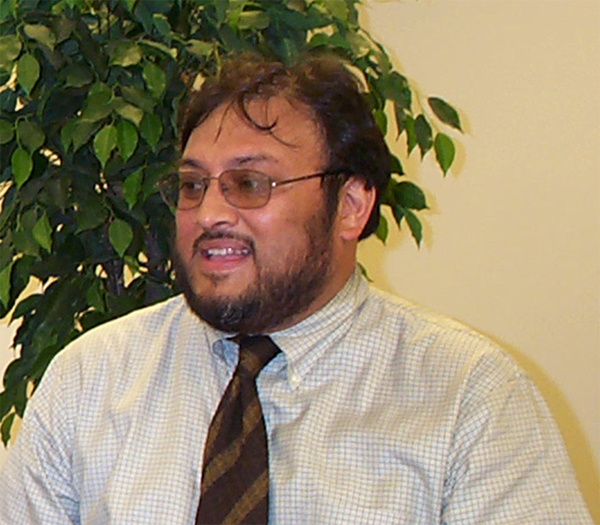 Shahid Mahmud became a publisher in 2006 and subsequently created the dedicated SF/Fantasy imprint Phoenix Pick to publish out of print books. Phoenix Pick continues to reprint older SF/Fantasy and the catalog now includes books by Robert A. Heinlein, Larry Niven, L. Sprague de Camp and many other iconic figures of the genre. Shahid also publishes the Stellar Guild series pairing veteran authors with newer ones to write new fiction. Authors who have participated in the series include Larry Niven, Eric Flint, Mercedes Lackey, Robert Silverberg and a host of others. Feeling that life was not difficult enough Shahid partnered with Mike Resnick in 2013 to create an SF/Fantasy magazine, Galaxy’s Edge. The SFWA approved magazine publishes new and old fiction, plus columns, interviews and book reviews. He also organizes the annual Sail to Success Writers’ Workshop on board a cruise ship. Before entering the world of publishing, Shahid was an evil money manager but was able to keep his evilness well hidden. So much so, that the acting mayor of San Diego declared November 7th, 2005 to be “Shahid Mahmud” day for services he had rendered to the City. Check out his website or find him on Facebook.

In 2005 I quit a lucrative day job to set up a publishing company, Arc Manor/Phoenix Pick. 10 years later I’m publishing some of my childhood idols as well as a critically acclaimed magazine, Galaxy’s Edge.

Dune (assuming being near the end of the teen years. While the book does not have some of the usual tropes modern SF embraces so easily like computers or robots, it epitomizes what the best SF books strive to do…be a mirror to our own souls. The book exquisitely creates a hugely complex world system in intricate detail, but ultimately is a beautiful narrative about human desires, ambitions and failings.

What is your favorite memory, scene, or line? What is it that that memory, scene or line that continues to stick with you today?

Don Pizarro has subsisted on red-eyes and gallows humor for over forty years. His writing has appeared in McSweeney’s Internet Tendency, Crossed Genres, and in other places online and in print. He is also the audio-aetherist (i.e. podcast editor) for Lakeside Circus. Don lives in upstate New York where he works as a university health care administration factotum. Come say hi at warmfuzzyfreudianslippers.com or on Twitter.

To me, Boskone’s eclectic mix of programming makes it a place where I can get a hit from the creative vibes of the sci-fi/fantasy community at that late-winter point when my New Year’s resolution to “Write Moar!” starts to fade.

What are you working on now?

Aside from trying to kick out more essays (Just got one accepted the other day!) and short fiction, I’ve finally started my first novel! I’ve given it a codename on my blog, “PROJECT FLOSS,” because I’m too superstitious to start talking about it directly just yet.

What excites or challenges you about this project?

The fact that it’s the first story idea that’s come to me that really feels like it’s novel length. It also feels, for whatever reason (that I really don’t think I should examine very closely), like an idea I can actually have fun writing, and it’s that sense of fun that’s sustaining me through these early stages.

My 7 year old mind was convinced that Darth Vader was totally lying about being Luke’s father and that it had to be a con, because it came out of nowhere and how else could it make sense?? Such an innocent, simple child I was…