The Boskone Guest Interviews continue! If you have been to Boskone, you know we love our filk, which is a wonderful combination of folk music and speculative fiction themes that will hook you. We are especially excited about this year’s Featured Filkers. So, without further ado, please help us welcome Vixy & Tony to Boskone 53. 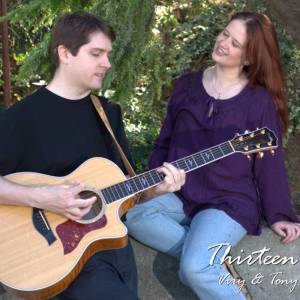 Bio: Vixy & Tony started when the founding members found filk; Tony at California filk and sci-fi conventions, and Vixy at house filks and conventions in Washington. If they’d both stayed home, they might never have met, but, being wandering souls, they met in the middle at Orycon in Portland, Oregon. After a couple of successive Orycons spent listening to one another, they came together by chance in concert at one fateful Baycon in 2005 (“wanna sing with me?” “sure, why not?”) and have been performing together ever since.

Singer and songwriter Vixy is formerly of the filk group Escape Key, originally formed with her husband Matthew on guitar and their friend Audrey Eschright on flute. Their 2001 album, Shadowbeast, contains the Pegasus Award-winning song “The Girl That’s Never Been”.

As luck would have it, just as Matthew decided to quit guitar in order to spend more time on mad science and wilderness adventures, Tony relocated to Seattle. He brought with him a guitar, a golden ear, and a dream of producing an album, and Vixy & Tony was born. The first tangible result of this union, Thirteen, was released in April 2008, and was met with glowing reviews, as well as another Pegasus for the song “Emerald Green”. Thirteen also contains the long-awaited studio rendition of the popular Firefly anthem “Mal’s Song”, a brilliant blending of the TV show’s theme song with new verses written by Vixy.

Over time, Vixy & Tony expanded into a quartet, joined by cellist Betsy Tinney and violinist Sunnie Larsen, though they are keeping the band name unchanged. Now, in addition to performing at filk and sci-fi conventions, Vixy & Tony, joined by Betsy and Sunnie, can be found playing at coffee shops, bookstores, and other venues in the Pacific Northwest. Their easygoing style, catchy songs, accessible lyrics, and energetic performances can be enjoyed by both sci-fi fans and mainstream music fans alike, all of which earned them the Best Performer Pegasus Award in 2008, and the Best Writer/Composer Pegasus Award in 2009.

For our members who aren’t familiar with “filk,” how would you describe it to them?

Filk is the folk music of sci-fi and fantasy fandom. It’s been a tradition at SF cons for more than 50 years, and it happens naturally whenever you’ve got fans who are also songwriters. Filk songs can be serious or funny, original or parody, and can be set in a variety of different styles and instrumentations. Song topics are frequently about SF books or shows, but can really be about any topic that fans identify with. At cons, after the regular programming is done, we filkers gather in a circle with our guitars, and share our songs with each other late into the night. It’s wonderful because in filk, there are amazing songs and performers you can’t find anywhere else. Filk means different things to different people, and the songs vary widely in style, but the main commonality is that the members of the filk community self-identify as such, and we all feel at home in a filk circle. The definition of a filk song is “any song written by someone who calls themselves a filker”. The Wikipedia entry at http://en.wikipedia.org/wiki/Filk_music has more information, and is quite comprehensive.

Musicians often play a variety of genres. What is it about filk and the speculative fiction genre that inspires you?

The stories. Much of filk is about telling a story. Either re-telling of a story from existing SF/F properties in song form, or, coming up with new stories in the same universes. A lot of filk is much like Fan Fiction in that regard. For instance, we wrote a song called “Apprentice” which speculates why Inara from the TV show Firefly made the life choices she made, since it was never explained in the series. Sometimes the stories are about the shared experience of fandom itself, such as Bob Kanefsy’s “False Alarms at Baycon”, a parody song about an incident at a con hotel.

Where do you go or what do you do for musical inspiration?

We get our inspiration from other filkers of course, and also close friends who are filkers or musicians in other genres, and from modern and classic folk, pop, and rock music. We are good friends with Jeff and Maya Bohnhoff, filkers from California who play a half-and-half mix of serious music and brilliant song parodies, and who are a constant inspiration to us (and who were Boskone guests last year). We’ve done a lot of great shows with SJ Tucker and Tricky Pixie, and we share a cellist with them.

I (Tony) am a fan of classic rock and progressive rock like Rush and Yes, and Vixy has a wide musical background, having come from a family of musicians. Vixy loves old standards, musicals, and classic rock. Current folk artists we love include Dar Williams, the Indigo Girls, and Show of Hands.

We are also inspired by musicians in the Geek Folk category who, though not always directly involved much with filk, are often beloved by filkers in general: Jonathan Coulton, Marian Call, The Doubleclicks, the PDX Broadsides, Molly Lewis, and others. We have been fortunate to have been able to play shows with some of our musical inspirations on that list. Vixy and I are of course quite fond of our fiddler Sunnie Larsen and our cellist Betsy Tinney; we love the music that they make, and they are an inspiration to us every moment that we are playing together.

Do you have a favorite song that you have written and or performed? What is it about that song that stands out for you?

Most recently, we quite like the song “We Are Who We Are”, our song about what it means to be a geek, or to be “different” in some way, and about our uphill battle to make the world a better place. It’s not on an album yet, but you can find us playing it on YouTube.

You’ve done “covers” before (such as the theme song from Firefly), what covers are out there that you would like to tackle next? 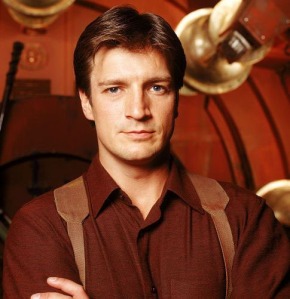 theme song is a special case, because what we perform is really a medley, only part of which is the theme song. Vixy heard the theme of the TV show, and noticed it sounded like it was incomplete. It sounded like just the chorus of a song, rather than a full song. Since no verses existed to the song yet, she wrote some, and the result is “Mal’s Song“, which is a medley of the TV show theme’s choruses, and Vixy’s original verses.

Our next album (currently in production) is slated to contain covers of two well-known and Pegasus-award-winning filk songs: “Dawson’s Christian” by Duane Elms, and “Uplift” by Andrew Eigel. But really, we have the most fun at live shows when we cover classic rock songs. When we are able to perform with Betsy and Sunnie in the band, it gives us enough instrumental flexibility to be able to do acoustic-folk versions of interesting songs that we loved from our childhood. One of our favorites is to cover Led Zeppelin’s “Kashmir”, and really blow the roof off with it. Our arrangement is just acoustic guitar, fiddle and cello, and a djembe for the drum part, but the song has an amazing energy that comes through even with the acoustic-only instrumentation. And its lyrics could be interpreted as a Doctor Who filk, if you squint a bit.

We like to cover songs referred to as “found filk”: Songs which, though not originally written as filk songs, fit perfectly in the genre. A good example is “’39” by Queen: it’s a song about Einsteinian time dilation during space travel, smack dab in the middle of Queen’s most popular rock album. The lyrics are well-disguised enough that most people hearing the song don’t notice what it’s really about until you point it out to them. It makes even more sense when you learn that the songwriter, Queen’s guitarist Brian May, is an astrophysicist.

I don’t know what cover we’ll tackle next, but we’re pondering ideas. I’d love to be able to learn something like Yes’ “Roundabout”, but it’d probably kill me in the process; some songs are just out of my league.