Happy National Science Fiction Day! We’re celebrating in style with our latest round of mini interviews from Boskone 56 Program Participants Fonda Lee, KJ Kabza & Br. Guy Consolmagno.  Who’s doing research at the Vatican Observatory or working on new books for 2019? Read on to find out! 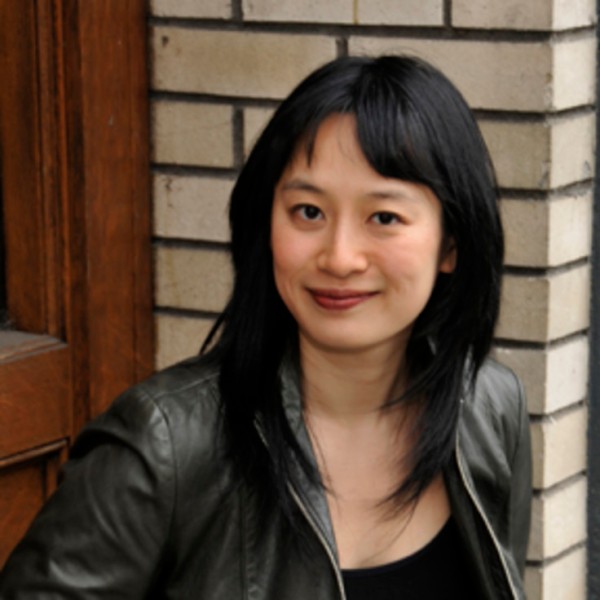 Fonda Lee is the author of the Green Bone Saga, the genre-blending gangster fantasy series beginning with Jade City (Orbit), which won the 2018 World Fantasy Award for Best Novel, and continuing in Jade War, which releases in the summer of 2019. She is also the author of the acclaimed young adult science fiction novels Zeroboxer (Flux), Exo and Cross Fire (Scholastic). Fonda’s work has been nominated for the Nebula, Andre Norton, and Locus Awards, and been named to Best of Year lists by NPR, Barnes & Noble, Powell’s Books, and Syfy Wire. She won the Aurora Award, Canada’s national science fiction and fantasy award, twice in the same year for Best Novel and Best Young Adult Novel. Fonda is a recovering corporate strategist, black belt martial artist, and an action movie aficionado residing in Portland, Oregon.

With many conventions to choose from and limited time in your schedule, what attracts you to Boskone?

I was attracted to Boskone by a couple of things: First, the lineup of program guests and program participants was just too irresistible. A big part of my reason for going to cons is to be energized by the community of authors, and Boskone is almost at the level of a WorldCon in terms of the breadth and caliber of attending pros. Second, I’ve been wanting to visit Boston! It’s such a great city with a strong literary scene (okay, so February may not be the ideal time to visit, but still), and as it’s been years since I last spent time there, attending Boskone was the perfect opportunity.

“Do you have a favorite photo from a book event or literary convention? If so, when and where was it taken? What do you enjoy most about this photo? 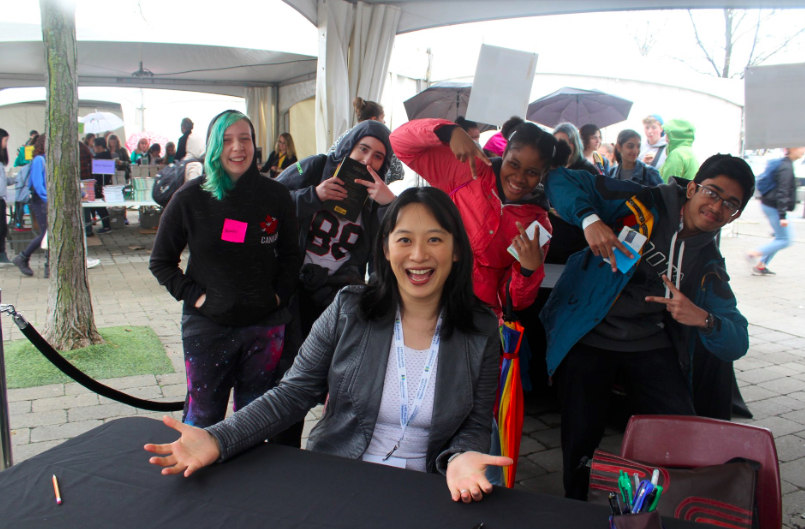 I have a lot of great memories from book events, but this is one of my recent favorite photos. It was taken in May 2018 at the Forest Festival of Trees, a literary festival in Toronto for kids and teens. Thousands of young readers attend this event, which is the largest of its kind in Canada. My young adult science fiction novel, Exo, was nominated for the White Pine Award for YA fiction, and although it didn’t end up winning, throughout the day I had excited teen readers coming up to me, asking me to sign their copies and take photos with them. It was incredibly inspiring and energizing to see so many avid teen readers coming out on a Saturday to celebrate books and treating authors like celebrities. It reminded me that writing has an enormous impact that as an author I often don’t see, but that can make a difference in readers’ lives. 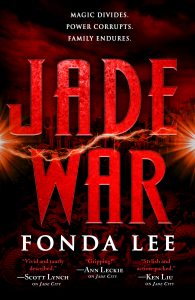 Can you share some details about upcoming projects or what you’re working on now? Do you have releases in 2019 that readers should look for?

Jade War, the second book in the Green Bone Saga, releases from Orbit on July 23, 2019. The first book, Jade City, won the World Fantasy Award and the Aurora Award, and was nominated for the Nebula Award and the Locus Award, so… I’m not going to lie, I felt more than a little pressure to make sure the sequel lived up. After working on it for two years, I’m very happy with how the continuing story of the Kaul family came together in this second installment, and I can’t wait to share it with readers. 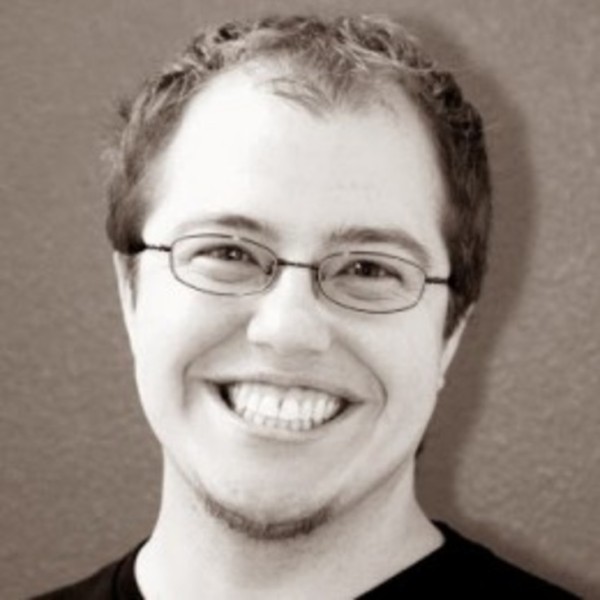 KJ Kabza has sold over 70 short stories to places such as F&SF, Nature, Terraform, Beneath Ceaseless Skies, Strange Horizons, Tor.com (upcoming), and many others. His first print fiction collection, The Ramshead Algorithm and Other Stories, has been called “A fresh new voice in the genre” (Booklist) and is out now from Pink Narcissus Press. KJ lives in sunny Tucson, by way of many other American towns too numerous to name. He is not great at hiking, swimming, and roller skating, but he enjoys all of these activities and does them regularly anyway. He shares a home with one husband, zero cats, and a number of trees that he is determined to sustain.

With many conventions to choose from and limited time in your schedule, what attracts you to Boskone?

I lived in Boston for 7 or 8 years, and during that time I met a lot of talented, enthusiastic, wonderful people in the local speculative fiction community. So returning to a Boston convention is always a pleasure. Boskone also has the distinction of being the very first genre con I ever attended, around age 15 or so, so it holds an extra special place in my heart. (And it helps that the publisher of my first print collection, The Ramshead Algorithm and Other Stories, is based in Boston. So there is that. Come find me hanging around the Pink Narcissus Press table, where I’ll be happy to point at copies of my book and dance.)

They say you can find hints of creators in their work. Looking back at your work, which character, piece of art, song, poem, article, etc. most closely resembles you? Why?

I have actually–just once–written myself whole-cloth into a story. I’m the nameless narrator in my flash piece “All Souls Proceed” (first published in Flash Fiction Online in 2016), which is a partially fictionalized account of a real incident that took place near my house in Tucson, Arizona. (I leave it to you to read the story and guess which parts are fictionalized.) This story was reprinted in my collection, The Ramshead Algorithm and Other Stories, where I had the pleasure of working with a very talented illustrator, Dante Saunders, who drew illustrations for each of my stories in the collection based on my descriptions of what I wanted. I think neither he nor my publisher realized that the narrator in that story is me, and by having an illustration of myself now, I feel like I’ve gotten away with something.

What is your favorite memory of a fan interaction at a convention? It could be you as a pro interacting with one of your fans or you as a fan meeting someone you admire.

Around 2007 or 2008, I submitted my story “The Leafsmith in Love” to a writing contest in which the Canadian SF author Robert J. Sawyer was one of the judges. When my story didn’t place and I learned that he would be at a nearby upcoming convention, I scraped together the enfeebled, terrified scraps of my courage, approached him at the con, and said, “Excuse me. I’m KJ Kabza, and I submitted a story to [contest name], in which you were one of the judges. Since my story didn’t place, I was wondering if you’d be willing to offer me any advice about–” But before I could finish asking for writing advice, Rob interrupted me, asked me the name of my story, and then reached forward and shook my hand. “Of COURSE I remember that story,” he said. “That was a GREAT story. I voted for it. Would you like to join us for lunch?” I must have accepted, because all I have is an impression of floating and intense brightness as I sat next to one of the most respected authors in SF and asked him probably-incoherent questions about the publishing landscape. I don’t remember a word of our conversation, only an incandescent feeling of Being A Part Of All This. This, I think, exemplifies the genre community at its best–creative people at all levels respecting and being kind to each other.

Can you share some details about upcoming projects or what you’re working on now? Do you have releases in 2019 that readers should look for?

Right now I’m revising a novel that I pitch as “a Stone-Age Watership Down with a war against the gods”. It’s got talking animals living at the mesolithic-neolithic cusp, branches of magic based on species affiliation, shape-shifting gods, impossible monsters, and a bisexual polyamorous subplot. I don’t know who’ll want to buy a book where a talking otter with PTSD falls in love with a beaver and a bobcat, but we’re gonna find out. 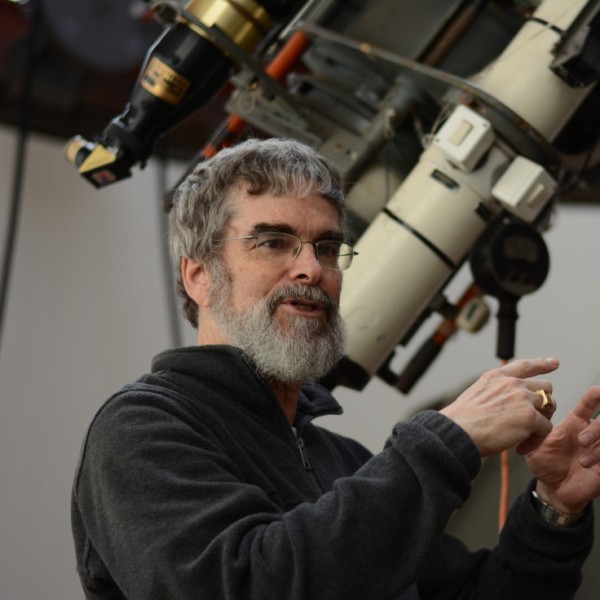 Brother Guy Consolmagno SJ, is Director of the Vatican Observatory. His scientific research studies meteorites and asteroids. He is a native of Detroit, Michigan, received SM and SM degrees from MIT (where he served as MITSFS Skinner), and earned his PhD in Planetary Sciences from the University of Arizona in 1978. Along with more than 200 scientific publications, he is the author or co-author of several popular astronomy books including Turn Left at Orion (with Dan Davis, 5th edition, 2018) and Would You Baptize an Extraterrestrial (with Paul Mueller, paperback edition 2018). In 2014, he received the Carl Sagan Medal from the American Astronomical Society Division for Planetary Sciences for excellence in public communication in planetary sciences.

In 10 words or less, how would you recommend Boskone to a friend or fan?

Intellectually stimulating and a hell of a lot of fun.

Normally I love character, and I need story; and yet there’s one book where I didn’t care about the plot, I didn’t care for the characters… but the setting of Larry Niven’s Ringworld epitomized “Sense of Wonder.” I read the book simply for the pleasure of living alongside the characters on that planet, or ring, or whatever you’d call it! It felt both very familiar and yet capable of surprises without limit. And it made me recognize the fantastic and wonderful in my own mundane world.

They say you can find hints of creators in their work. Looking back at your work, which character, piece of art, song, poem, article, etc. most closely resembles you? Why?

I wrote a book with Paul Mueller called Would You Baptize an Extraterrestrial? (the paperback came out in 2018) which features a series of invented conversations between the two of us on various questions we get asked all the time. The chapter on Pluto is the one where the “Guy” character comes closest to who I think I really am. It ranges from Heinlein’s description of Pluto in Have Spacesuit, Will Travel to inside-baseball discussions of the IAU and its Pluto definition; from technical discussions of asteroid evolution, to speculations about what science is and why we do it. Science, SF, philosophy, history, and fun… I don’t know if that’s who I am, but it’s who I try to be.

Who is your favorite literary character of all time? What is it about this character that you admire?

Jame, the hero of P. C. Hodgell’s Godstalk and subsequent books, is a most remarkable creation… a young person trying to figure out the (very odd and surprising) universe she lives in, and who she is, who through the course of the book is developing and growing and changing, and yet competent and interesting from the very beginning. Too many bildungsromans have irritating idiot characters who eventually grow up (looking at you, Miles!) or perfect characters who magically develop just the specific talent they need to solve this episode’s problem. But Jame is already mature, and her talents well defined… while growing up in a universe that manages to challenge her to her very core, her very philosophical beliefs. She lets the challenges strengthen her without letting them destroy her. Also, she has a great sense of humor…